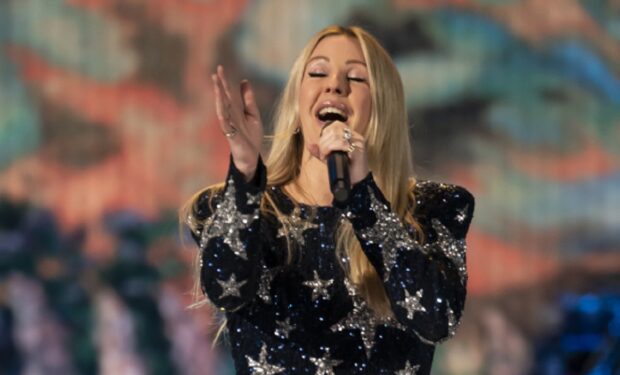 English singer/songwriter Ellie Goulding is one of the many celebrities who celebrate the life and career of Joni Mitchell, one of the honorees of the 44th Annual Kennedy Center Honors. In November 2019, Ellie released her rendition of Joni Mitchell’s Christmas song ‘River.’ (It’s on Joni’s famous 1971 album Blue.) Ellie’s version of ‘River’ topped the UK Singles Chart and became Ellie’s third number one hit in the UK. It also made the list of number one songs for the decade.

When the cover topped the UK Single Chart in December 2019, Ellie wrote on social media: “I’m so over the moon that I got the chance to sing such a beautiful song so close to my heart by one of the best songwriters of all time – someone who inspired me greatly for the next album and it makes me so happy that people have also become new Joni fans as a result.”

Ellie is also promoting her Songbook for Christmas album which includes her version of River, O Holy Night, and Vincent, among other classic Christmas songs. See video montage below.