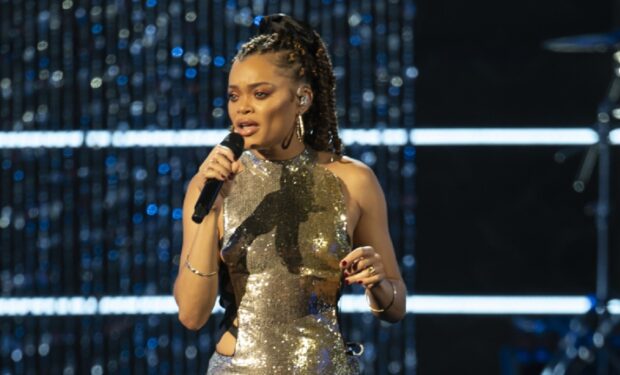 Andra Day stars in the 2021 Lee Daniels film The United States vs. Billie Holiday as the famous and troubled jazz singer. Watch trailer below.

In the early 1940s, Holiday was targeted by the federal government “in a growing effort to escalate and racialize the war on drugs, ultimately aiming to stop her from singing her controversial and heart-wrenching ballad, ‘Strange Fruit.’ The song is a protest of the lynching of Black Americans; it compares the victims to the fruit of trees. Holiday recorded Strange Fruit in 1939.

Berry Gordy and his Motown Productions company was behind the original 1972 biopic about Holiday, Lady Sings the Blues, starring Diana Ross, Billy Dee Williams, and Richard Pryor. Watch trailer above.