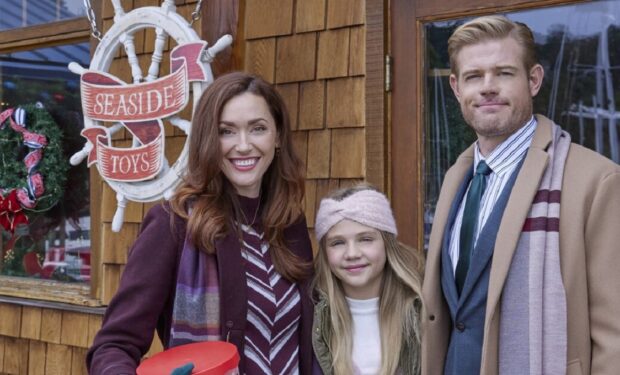 The protagonist of the Hallmark Channel Countdown to Christmas movie Nantucket Noel is Christina Antonioni (Sarah Power, Good Witch). When she learns that developer Oscar Bittlesman (Bruce Dawson) is planning to tear down the wharf that is home to her toy store, tensions rise and then things get awkward when she falls for the developer’s son, Andy Bittlesman (Trevor Donovan, 90210).

Nantucket Noel was not filmed near Cape Cod, Massachusetts nor in the United States of America. It was filmed in the coastal town of Gibsons (population 4,605) in British Columbia, Canada. Gibsons sits on the Strait of Georgia, at the southern end of what’s known as the Sunshine Coast, just north of Vancouver.