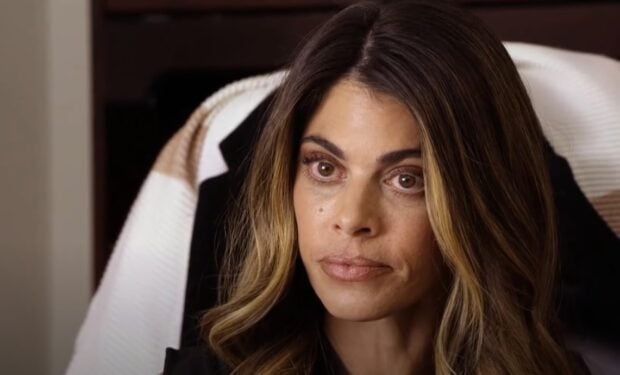 The gorgeous and talented actress Lindsay Hartley stars in the Lifetime movie Sex, Lies and Murder (originally titled Deadly Seduction). She plays criminal psychology college Maggie Bogan (Lindsay Hartley) who, while on a break from her husband (Brooks Ryan), has a one-night stand with a young man whom she meets at a bar. She didn’t know the young man, Kyle (Andrew Rogers), is one of her students… and she definitely didn’t know he was capable of murder.

Lindsay Hartley is known for her roles on Passions (with her ex-husband Justin Hartley of This Is Us fame), Smallville (Mad Harriet), and All My Children (Dr. Cara Castillo Martin), among others. Lindsay also models as seen in the stunning tiny chain bikini photos below. As more than one fan replied, “Wow!”