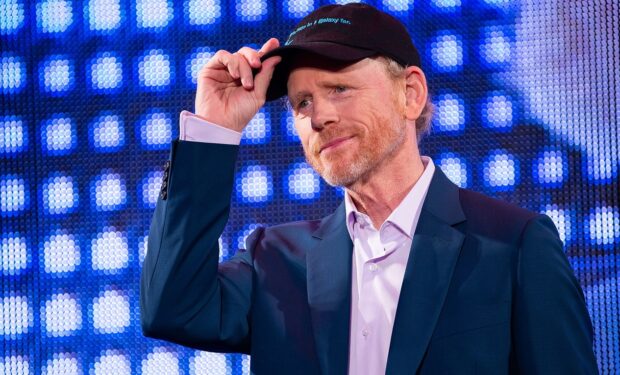 As soon as Henry Winkler opened his mouth as The Fonz on Happy Days, the 1970s American sitcom that became a classic, everybody knew his magnetism was undeniable. So says Winkler’s co-star Ron Howard, already Hollywood royalty when he was cast in the role of Richie Cunningham on the show, a lead role for which he left film school.

(“I already had the dream of being a director,” Howard says, even before Richie Cunningham ever ate a French Fry at Arnold’s.)

Winkler’s star turn made the writers write more for him, expanding his role to a point where, if he didn’t eclipse Howard, then the two shared the show equally. Howard tells Graham Norton that Winkler’s Fonzie character became so popular it was “sort of like Beatlemania for a while.”

Howard says Winker’s rise created a tension between him and the producers of the show, who he believed disrespected him, even if his bond and friendship with Winkler never suffered. Proof of that? Winkler, Howard says, “is the godfather of all four of my kids.”

Howard was already on the path to become a filmmaker, of course. But the situation with Winkler’s role gaining so much popularity so fast made him take a long look at the business he was in — and it drove him more passionately toward his pursuit of telling his own stories.

Funny how things work out: if Fonzie doesn’t captivate America, we may not have had A Beautiful Mind, Apollo 13, or any of the other magnificent films of director Ron Howard.