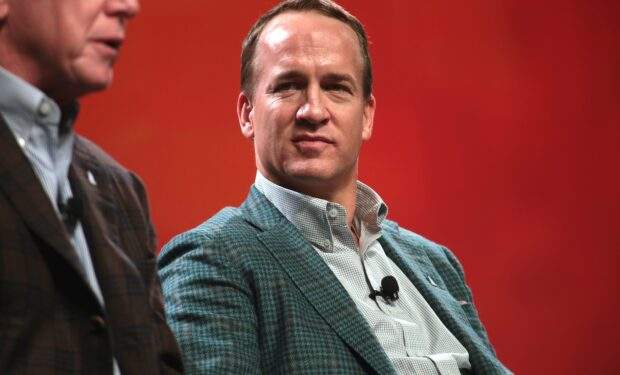 NBA Basketball is gaining in popularity in America, but it’s still got a long way to go before it topples football as America’s Game. And for all the challenges the NFL has had with its public lately (see Colin Kaepernick, Donald Trump), it’s still the professional sports league with the highest revenue. And it’s now even close.

So why would Peyton Manning, the retired superstar NFL legend, be jealous of NBA players? It isn’t the money, though NBA stars, on teams with smaller rosters, often win bigger contracts than NFL superstars. No, something else fuels Manning’s envy: it’s his competitive drive.

Manning tells Ernie Johnson and Charles Barkley that as a pro athlete it’s the losses you remember, even more than the wins. And the toughest thing about losing in the NFL is you don’t play another game for a week, so you can’t right the wrong quickly — you have to stew in the loser juice till the schedule delivers a chance at redemption.

The two-time Super Bowl champ Manning says in the NFL “Monday, Tuesday, Wednesday was pretty miserable after a loss.” Manning goes on to reveal: “I’m jealous of the NBA and Major League Baseball, you lose a game, you’re playing the next night and you can get that bad taste out of your mouth.” Manning says waiting to avenge a stumble in the NFL is brutal, and especially so if you have a bye week.

The conversation, which takes place in Barkley’s “Steam Room”, gets real with Barkley, who famously never won a ring (ask Shaq), talking about how brutal it is to lose after putting in all the effort it takes to compete at the highest level. Barkley says that when his Phoenix Suns lost the NBA Championship to Michael Jordan’s Chicago Bulls, he “stayed in bed for like two weeks” and “didn’t want anybody to see” his face.

Good news is the feeling passes, if not completely. Barkley has been pretty good at showing his face ever since!