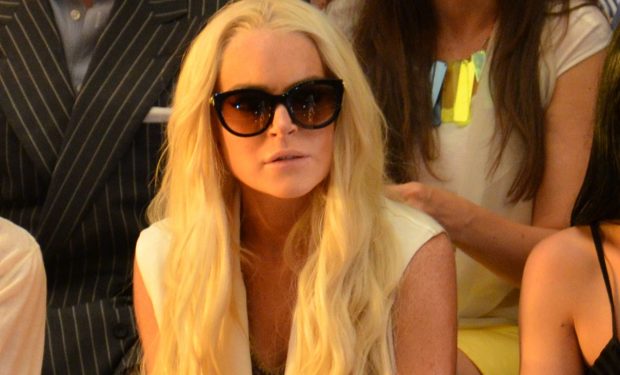 Get ready to see more of Lindsay, she stars in the upcoming Netflix romcom All We Want for Christmas with actor/singer Chord Overstreet (Glee). Lindsay plays “a newly engaged heiress” who suffers with amnesia after a skiing accident. While in the care of a handsome lodge owner (Overstreet) and his daughter, the young woman “finds herself.”

When Lindsay shared the sneak peek pics of the Netflix film, her fans and famous friends went wild with praise including Miley Cyrus who replied: “You’re doing great sweetie” with a movie camera emoji. The comment has close to 4,000 likes so far.

Jersey Shore reality TV star Snooki also praised Lindsay: “So proud of you.” Even The Academy (the Academy of Motion Picture Arts and Sciences which awards the famous Oscar awards) replied: “The holiday rom-com we all need.”

Another comment that continues to collect likes is — “Is it me or does this look nothing like her?” Another fan chimed in, “She looks so different but beautiful.” More than one replied: “Who is that?”