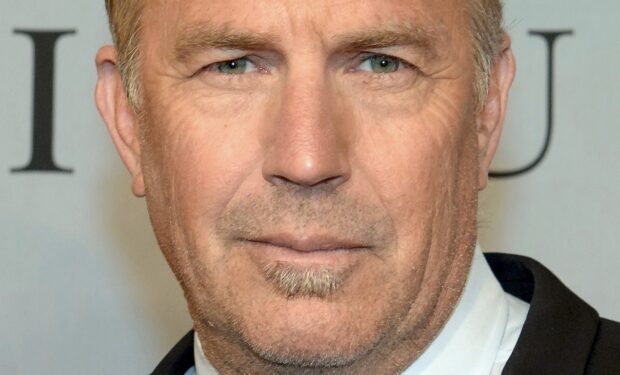 Hollywood movie star Kevin Costner (Field of Dreams, Bull Durham, Dances with Wolves, My Bodyguard) stars in the Paramount Network series Yellowstone. Costner plays John Dutton, the patriarch of a powerful family of ranchers who controls the largest contiguous ranch in the United States, which borders an Indian reservation and America’s first national park. He faces corruption on a daily basis with politicians and big business and developers, and his list of enemies continues to grow.

When Costner shared the photo above, of him with country music stars Garth Brooks and Trisha Yearwood, he captioned it: “What a treat to have these legends come see our show. Thanks for coming out.”

Hours before the Season 4 premiere of Yellowstone, which airs Sunday, November 7 at 8 pm on Paramount, Costner shared the stunning photo above and captioned it “Who shot John Dutton?”

It reminds us of the famous Dallas cliff-hanger question, “Who shot JR?”