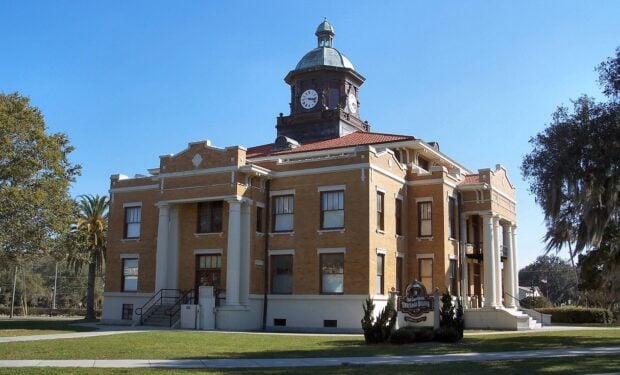 On Dateline, Dennis Murphy reports from Citrus County, Florida, where single mom schoolteacher Denise Hallowell was found dead in her home in 2019. The 57-year-old woman was found in her bed with an ax embedded in the back of her head.

Two years later, her adopted son Carlos Hallowell, now 19, was found guilty of premeditated murder. In September 2021, he was sentenced to life in prison. Because he was a minor when he murdered his mother, he is not eligible for the death penalty.

Prior to her death, the mother and son reportedly argued over his education and friends. When Carlos Hallowell eventually admitted to police that he killed his mother, he said: “It’s been killing me, eating me up real bad.” He also claimed to have blacked out: “I remember sharping the axe, and now, all of sudden, it’s in the back of her head,” he added, “It was kind of on the fly … I didn’t intend for it to happen.”

During the murder trial, Assistant Public Defender Ed Spaight (who was trying to get a lesser charge of manslaughter) argued for jurors to consider the mentally abusive parenting Hallowell had under Denise Hallowell.

Above is a FOX 13 video from 2016 of Denise speaking out after facing (false) child abuse allegations and being cleared by the State Attorney’s Office. The mom of two adopted sons said then: “There are conditions that some of these children have that they actually grow further away from you,” and “Some of that is because of those experiences they had in the past that we don’t know anything about.”