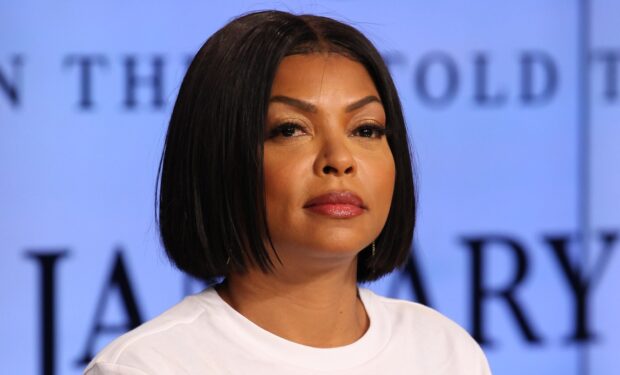 When Hollywood movie star Taraji P. Henson needed an outfit for her appearance on The Real Talk Show, celebrity stylist Jason Bolton “went shopping” in Taraji’s closet. When he shared the stunning photo below of Taraji in a hot pink Dior mini dress and white Paris Texas knee-high boots, Jason reported that both (the dress and boots) are from Taraji’s own closet!

Fans are going wild for the look. More than one wrote: “Pretty in pink!” and a handful mentioned “Barbie.” One fan admitted: “I almost didn’t recognize her,” and another replied, “She’s so beautiful and looks like she’s 16!” Another chimed in, “She looks so young!”

Note: Taraji is 51 and looking all grown up in the super glamorous red carpet photos above and below.

Get ready to see more of Taraji: she will play the infamous role of Miss Hannigan in the upcoming live TV performance of Annie Live! with Harry Connick, Jr. as Daddy Warbucks. The live event is scheduled for December 2, 2021.