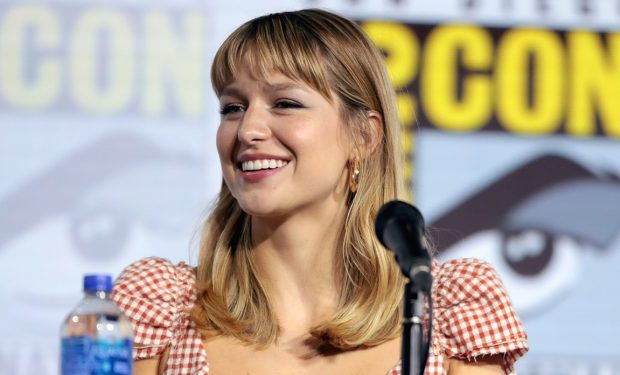 In the Supergirl episode ‘Nightmare in National City,’ Kara (Melissa Benoist) lands her dream story for Catco but when the city is suddenly attacked by a nightmare monster at the same time as her interview, she is forced to take a serious look at her life and decide if she can continue to live as both Kara and Supergirl.

When not filming Supergirl, Melissa Benoist is often promoting the show as seen on The Kelly Clarkson Show. For her appearance on the talk show, Melissa looked stunning in a Markarian print corset dress held together with red ribbon straps. As her fans replied: she looks “gorgeous!”

Get ready to see more of Melissa: while this is the final season of Supergirl, Melissa is launching her career as a writer. She and her sister Jessica Benoist Young (and New York Times bestselling author Mariko Tamaki) have written a middle grad fantasy book, Haven’s Secret, featuring twin sisters, Ellie and Parker.

Supergirl airs Tuesdays at 9 pm on CW, right after Stargirl at 8 pm.