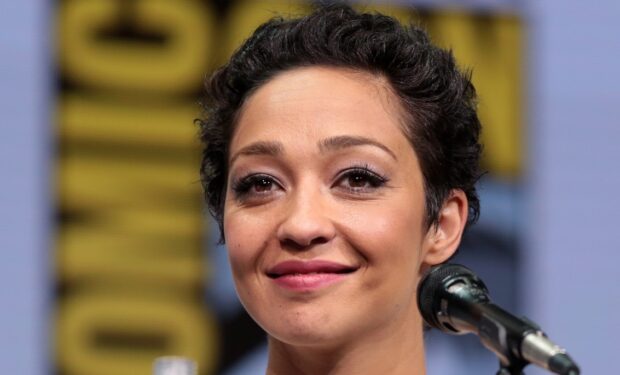 Actress Ruth Negga is known for her roles on TV series including Preacher (Tulip) and Agents of S.H.I.E.L.D. (Raina), and in films including Loving, for which she was nominated for an Oscar Award. When not on a big Hollywood set, the gorgeous and talented actress walks the red carpet to promote her latest project, Passing, with Tessa Thompson.

At the London Film Festival, Ruth turned heads in a hot pink curve-hugging dress by Carolina Herrera. More than one fan replied: “Love this look!” and The Real Housewives of Beverly Hills star Lisa Rinna replied: “Next level.”

At another premiere event for Passing, Ruth rocked a sexy black tuxedo (above) and a full-length leather coat dress (below).

The film Passing, based on the novel of the same title, is set in Harlem, New York in the 1920s. Ruth plays a Black woman “passing” for white. She even fools her white husband. See trailer below.