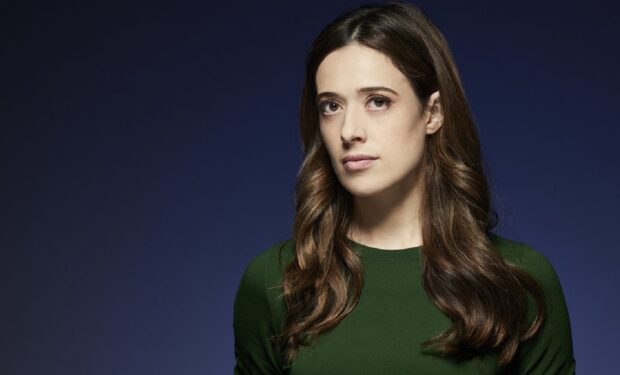 In the Chicago P.D. episode ‘The One Next to Me,’ Halstead’s (Jesse Lee Soffer) past resurfaces when a former Army colleague is implicated in a deadly blast. As the FBI launches an investigation into Roy Walton’s disappearance, Upton (Tracy Spiridakos) feels the pressure of the secret she and Voight (Jason Beghe) are sharing, which effects the whole team.

The day before the episode airs, actress Marina Squerciati (who plays Kim Burgess) shared the photo above and captioned it: “Oooooo, Burgess is in troooouble. TOMORROW is my big bad ass episode! Who’s watching?!? (Mom, I know you’re watching; no need to post in the comments.)” Now fans are waiting for Marina’s mom to comment! Marina also used the hashtag #EyelinerOnFleek.

Marina’s BFF, Chicago Med star Torrey DeVitto replied: “Too good!!!” And S.W.A.T. actress Norma Kuhling replied: “I mean this is working for you. Strongly recommend sticking your head out of car windows regularly for the sake of the public.”

P.S. Marina’s mother is Marie Squerciati, “an academic who wrote for television in the late 1970s and early 1980s, as well as the Village Voice” and wrote “quirky travel pieces for the New York Times” before becoming a Fulbright Scholar in South Korea in 1976. Check out the cute mother/daughter polka dot bikini pic above.

Chicago PD airs Wednesdays at 10 pm on NBC, right before Chicago Fire at 9 pm and Chicago Med at 8 pm.