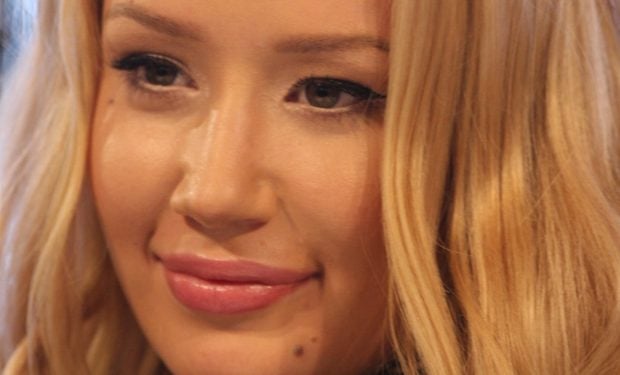 Australian-born rapper Iggy Azalea is promoting her new (her third!) album The End of an Era while on tour with Pitbull. She’s the opening act on his I Feel Good Tour, which ends on October 16 in South Dakota. Before making her last appearance on the tour, the gorgeous and talented 31-year-old single mom is flaunting her curves in a Scarface-print bodysuit and corset.

Note: The artwork for Iggy’s album The End of an Era depicts Azalea stretched out on a tiled window ledge with a statue of three figures hold a globe, which is a nod to the statue in the final scene of the iconic 1983 film Scarface starring Al Pacino as Miami drug lord Tony Montana.

Her fans are going wild over the close-up pony tail photo too. They say she looks just like “a Barbie doll.”

Even she captioned the bodycon mini dress photo below: “Barbie doll.”