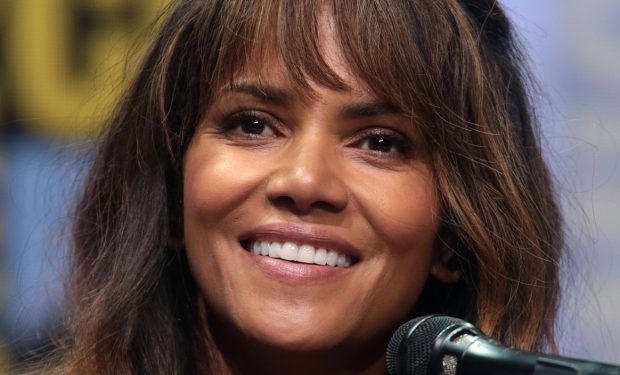 Superstar actress, director, producer Halle Berry is Jackie Justice, and that is one hell of a name for a fighter. And she’s BRUISED, like the film’s title, in every way. But as the song says in the trailer, “this about to be the greatest story ever told.” If the trailer is a true taste, then it definitely is. Wow.

Halle is stunning in every scene, from the hard training sequences to mining the emotional depths of her character. And the glimpses of the sick MMA fight scenes just rock with realism — what a dramatic work of filmmaking. Not to mention Ms. Berry looks absolutely beautiful even when she seems distraught and down and out. Mario Lopez chimes in: “BOOM! Let’s go!!!!”

And fellow superstar icon Kerry Washington says simply: “You are a BADASS 😍😍😍😍😍”. No doubt. This is a project Berry has wanted to do forever, and she has put her heart and sould into every moment. The tension and the talent meet here perfectly. Young Ma also chimes in with “Queen!”

Look at this face, ladies and gentleman.

Newcomer to the screen Valentina Shevchenko also stars, bringing the kind of credibility a film like this needs. Nicknamed Bullet Valentina, she is the UFC Flyweight champion…

As Halle writes: “Congratulations @bulletvalentina! You are pound for pound one of greatest to ever do it! It’s a privilege to call you friend. Now get ready world for the champ’s acting debut…”