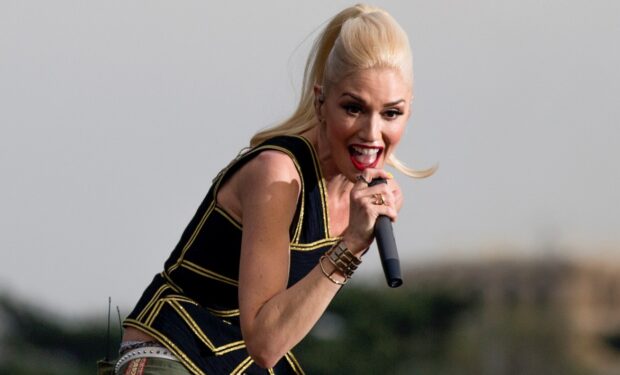 When pop star Gwen Stefani shared the photo below, she reported that she “got glam” with celebrity makeup artist Ariel and hair stylist Jesus Guerrero. The famous 52-year-old singer tagged the post #differentkindofme and #temporarynewface. Gwen’s fans are split on the look. Her famous friends including Paris Hilton think she looks gorgeous and “hot” but some don’t approve of the resemblance to the Kardashian sisters (Kim, Khloe).

One fan wrote: “Almost looks like Khloe Kardashian.” Another replied: “That Kardashian trend got hold of you.” And another wrote with disapproval: “Another human morphing into a Kardashian.”

Ariel is responsible for Kim’s makeup above and below.

Get ready to see more of Gwen: she will appear next in the documentary film Dreadtown about the British reggae group Steel Pulse, “who emerged from the racial turbulence of 1970s Britain to become one of the world’s most loved and enduring reggae bands.” Other artists interviewed include Snoop Dogg, The Sex Pistols’ Jon Lydon, Billy Idol, The Police drummer Stewart Copeland, and Ziggy Marley, among many others.