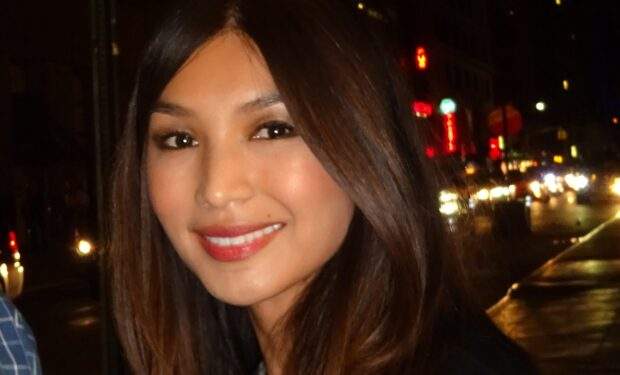 When not filming a Marvels Studio Hollywood blockbuster (Eternals, Captain Marvel), English actress Gemma Chan is turning heads around the world. When she posed in the stunning off-shoulder, high-low gown and studded stilettos below on a rooftop in Paris, she captioned it, “Bonjour, Paris!”

More than one fan replied: “WOW!” Another replied, “Amazingly beautiful!” (Gemma is also a brand ambassador for the French cosmetics giant L’Oreal.)

In Eternals, which will be released on November 5, Gemma plays Sersi with Salma Hayek and Angelina Jolie. Watch trailer below.

And get ready to see more of Gemma: she will appear next on the big screen in Olivia Wilde’s drama Don’t Worry Darling with Florence Pugh, Harry Styles, and Dita Von Teese, among others. See trailer below. It’s scheduled for a September 2022 release.