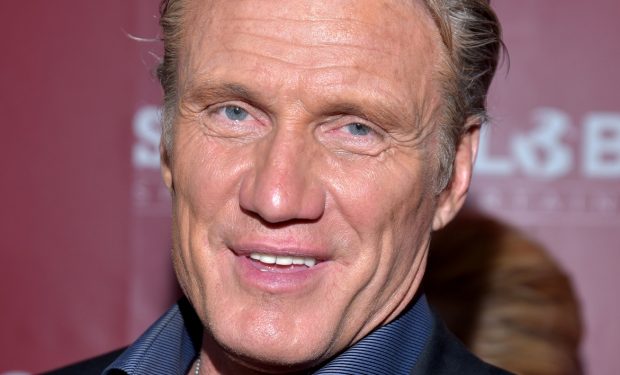 Actor Dolph Lundgren is filming two highly anticipated Hollywood movies. He’s reprising his roles as Gunner in The Expendables 4 with his old buddy Sylvester Stallone (Rocky) and Megan Fox, and his role as King Nereus in Aquaman and The Lost Kingdom with Jason Momoa and Amber Heard.

From his trailer on the set of Aquaman 2, Dolph shared the photo above and captioned it: “Hanging out in my trailer on Aquaman 2. Great script, great director, terrific cast and a fantastic crew. Really enjoying it!”

[Related: Amber Heard Stuns In Tiny White Undershirt, “Can’t Even Have a Banana”]

Dolph and Aquaman fans seem to approve of the new look. One wrote “Dude, that hair!” Another replied: “Drago would look at your hair and be like ‘I must break you.’”

Another wrote: “Hair getting long Dolph.” Another replied: “Wow you look amazing!” while another admired his arms: “your muscles are going to rip that shirt!