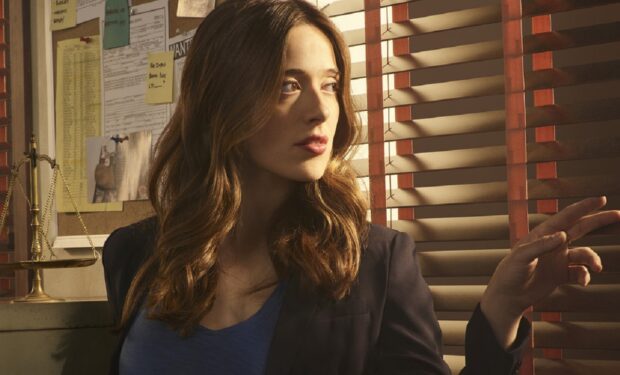 On the Chicago P.D. episode “Burnside,” while the team works to solve a deadly shooting in the neighborhood of Burnside, Atwater realizes he has a very personal connection to the case.

When not filming Chicago P.D., actress Marina Squerciati (Kim Burgess) enjoys all the Windy City has to offer including Cindy’s Rooftop. When she shared the gorgeous photo below, of her rocking a floor-length purple bodycon dress with her real-life mother, Chicago Med star Torrey DeVitto replied: “Is this real?” and asked for a full-length solo pic of that dress. We’re waiting, Marina!

We’re looking for a full-length look like the one Marina shared from her trailer, below!