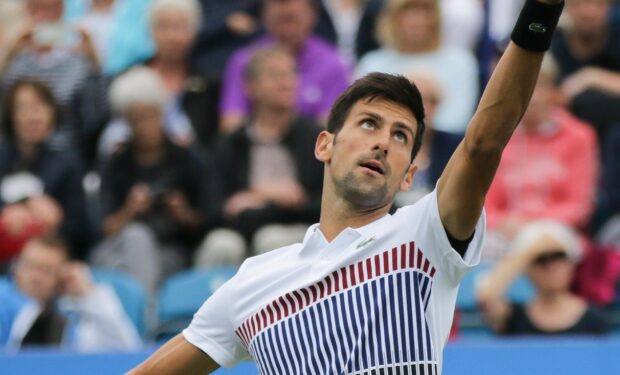 UKG (Ultimate Kronos Group) is an American technology company that provides HR management solutions. It was founded in 2020 (after the merger of Ultimate Software & Kronos Inc.), employs more than 12,000 people, and is based in Weston, Florida. Corporate clients include Tesla, Marriott, Yamaha, and Aramark, among others.

UKG, which is run by CEO Aron Ain, sponsors professional athletes including tennis champions Novak Djokovic and Ashleigh Barty, and PGA/LPGA Tour golfers Fred Couples and Nelly Korda, among others. The logo is on Novak’s Lacoste shirt; Team Novak is wearing UKG hats in his box, too.

UKG is running national TV ads during the US Open featuring the song “Manic Monday” which was written by the late great Prince in 1984 and made popular in 1986 by the pop band the Bangles.

No. 1 Djokovic faces No. 2 Daniil Medvedev at the US Open finals on Sunday, September 12 at 4 pm in the Arthur Ashe Stadium.