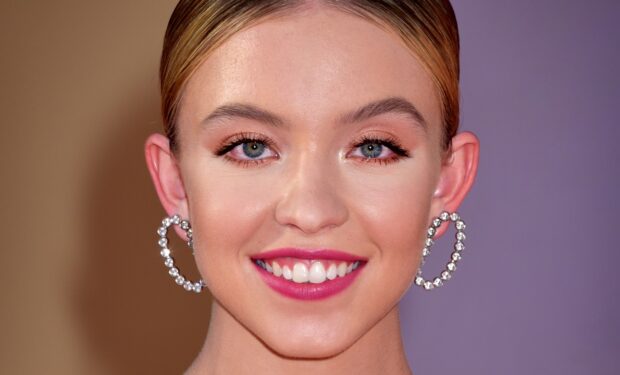 The gorgeous and talented actress Sydney Sweeney stars in Mike White’s new series The White Lotus. She’s also known for her memorable roles in the HBO hit Euphoria with Zendaya (as Cassie), Sharp Objects (Alice), and The Handmaid’s Tale (Eden), among others.

Lady Gaga wore a silver ruffle dress to the 2019 Grammy Awards, as seen in the red carpet video below.

The Wonderland issue includes an interview with Sydney in which she reveals “her latest obsession, the blurred lines between her and Pippa in The Voyeurs.”

Her character, Pippa, spies on and becomes obsessed by the love lives of her neighbors across the street. Watch trailer above.