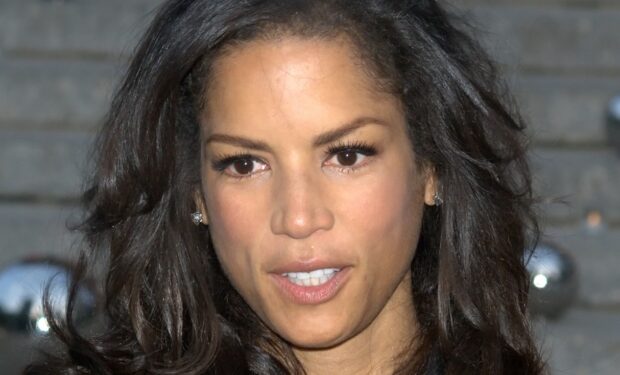 Supermodel Veronica Webb made a big splash in the fashion world in the early 1990s. She was the first black supermodel to win an exclusive contract for a major cosmetics company (Revlon). The 5’11” former Victoria’s Secret model also pursued an acting career: she made her debut in Spike Lee’s 1991 film Jungle Fever.

She captioned the SKIMS under trench coat photos below: “Nobody’s perfect.” That chic coat Veronica is wearing below is by Camilla and Marc and those rain boots are by HUNTER.

She writes today “I weigh 155 pounds. I work out and diet because my heart health and my brain health deserve it. Yes, it’s nice that I can slip into jeans or a bikini – but that’s not my number one goal.”