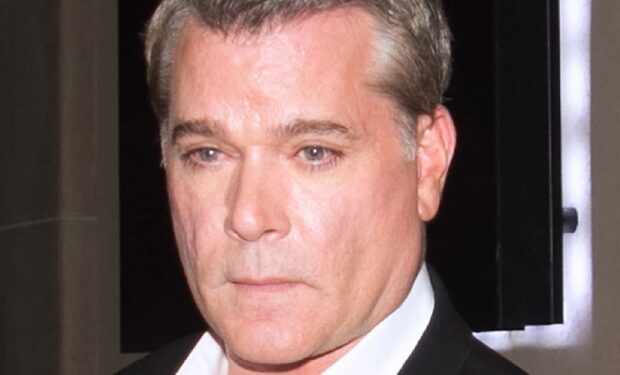 On Christmas Day 2020, Hollywood movie star Ray Liotta (GoodFellas, Field of Dreams, Shades of Blue) proposed marriage to his girlfriend Jacy Nittolo, and she said yes! Check out her stunning diamond engagement ring in the cute couple photo below. Newsday reports that Jacy is 20 years younger than Ray who is 66.

When not promoting his new project, the prequel to The Sopranos, The Many Saints of Newark (trailer below), Ray spends time with Jacy and sometimes they smoke a cigar together as seen in the photo below which Jacy captioned: “Smokin’ hot.”

Prior to the proposal, Jacy (who is a mother of four!) shared the gorgeous cut-out swimsuit pic below from Greece. More than one fan replied: “Stunning!”

The Many Saints of Newark will be released in theaters and available on HBO Max beginning Friday, October 1. The son of the late James Gandolfini, Michael Gandolfini, plays young Tony Soprano in the film. Trailer below.

Get ready to see more of Ray: he’ll appear next on the big screen in the comedy El Tonto with Kate Beckinsale, Jason Sudeikis, The Sopranos star Edie Falco, Adrien Brody and John Malkovich, among others. Ray is currently filming Cocaine Bear with Keri Russell (directed by Elizabeth Banks).