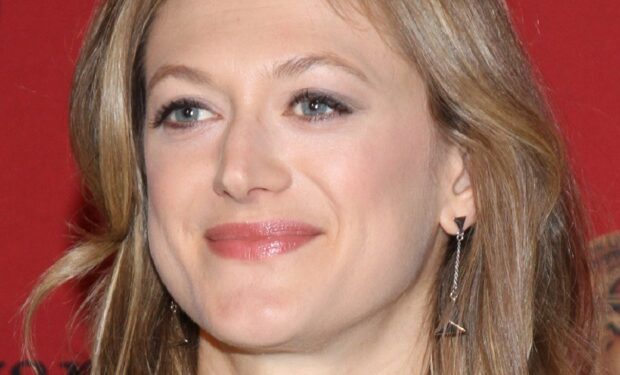 The great theater actress (and gorgeous TV star) Marin Ireland is having a heck of a good time starring in the hugely popular Y: THE LAST MAN (FX on Hulu). And it’s not just because of the terrific writing, the great character she embodies in Nora Brady, and her terrific human co-stars either. It’s more than all that: Marin got to act with a real live vulture recently in episode 3 and the animal was NOT CGI!

She tells fans that the vulture a “great scene partner and I loved him.” And she also reveals the glorious bird’s name. That’s right, it’s DENNIS RODMAN! If you’ve heard that name before it might be because there’s a six-foot-eight NBA Hall of Famer (and informal ambassador to North Korea) who goes by the same name. Both amazing creatures have giant wingspans!

The human (superhuman?) Rodman can also have fire hair at times, not to mention some enviable musculature:

And Dennis Rodman the NBA star walked his own highly individual path, his five championship rings (three with Michael Jordan) prove that he to was a “great scene partner.”

Need just a little more of Y: The Last Man before you go? We understand. Happy to oblige:

Oh, and even drawn out…wow.