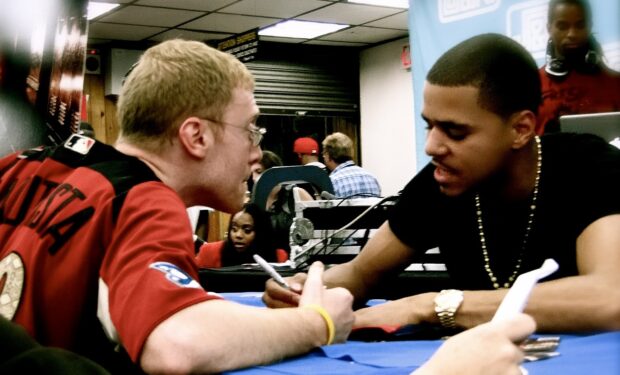 Rapper J. Cole is getting his long-awaited, much-anticipated shot at the NBA at age 36, according to the NBA on TNT. And it’s magic. Or more specifically, it’s with the Magic. The Orlando Magic.

It’s a tired cliche that a lot of NBA superstars want to be rappers and hip-hop stars, and only a few have the goods to make it in both arenas. Damian Lillard, AKA Dame D..O.L.L.A., we hear you. (Check out some Lillard work down below.) Meanwhile, the evolution of J. Cole continues.

But Jermaine Cole is trying to reverse the deal. He’s already mega-famous as a hip-hop star, but this man can ball! Cole has already played pro ball in the African league, and he’s actively seeking tryouts with NBA teams. So the news out of Orlando is huge for fans and for the 36-year-old star. Here’s Cole hoopin’ at the pro level, but not yet in North America…Some on court highlights below.

Fans are pumped and full of respect. Here’s one typical comment: “Bro I honestly didn’t expect him to really try to go pro most people that say it don’t ever actually chase it .. RESPECT to him hope he succeeds.” And another after the Orlando pix were shared: “My mans is getting one step closer into the nba.”

And here’s Lillard, who really can do it all.