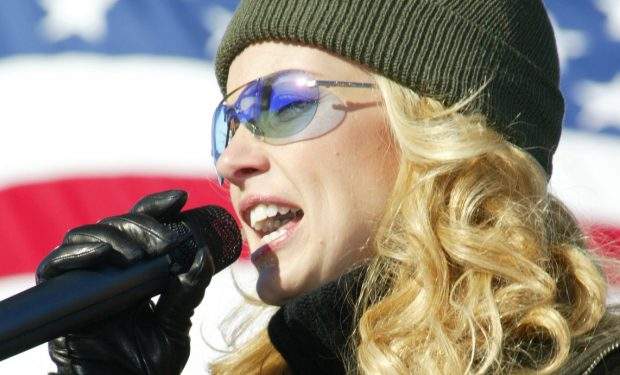 When not on stage or hanging with her husband music rock star Tim McGraw, country singer Faith Hill is acting! When the gorgeous and talented 54-year-old announced her new role on the upcoming Yellowstone TV series prequel, she played peek-a-boo with the cover of the script. See video below.

With her kinky hair pulled back in two ponytails, Faith announced: “I will be playing Margaret Dutton, the original matriarch of the Dutton family in the Yellowstone prequel 1883. Just wait, you have never seen anything like this!”

Note: Faith usually looks very glamorous as seen in the video above with Tim and the photo below with Kelsea Ballerini.

The Season 4 premiere of Yellowstone on November 7, 2021 on Paramount Network. Watch trailer below.