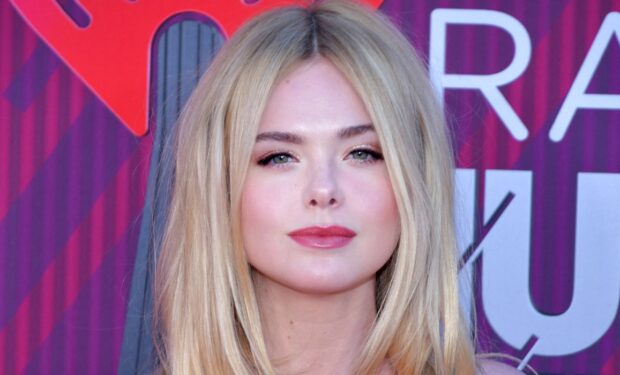 When not on a TV or movie set, Hollywood actress Elle Fanning is often in front of a camera as seen in the stunning photos below. Standing before a reiteration of French artist Edgar Degas‘ famous 1878 painting of a prima ballerina “Taking a Bow,” Elle is turning heads as she poses seductively in a plunging neckline dress sans bra.

Get ready to see more of Elle: the Season 2 premiere of her hulu series The Great (in which she plays Catherine the Great) airs November 19. Watch trailer below.

Elle will appear next on the big screen with her big sister Dakota Fanning in The Nightingale, based on Kristin Hannah‘s novel of the same title. It’s about the lives of two sisters living in France who are torn apart at the onset of World War II.

Dakota captioned the provocative photos above with Elle: “There is no one I love being a freak with more than my sister. She can out freak even the freakiest of freaks. (SWIPE for proof).”