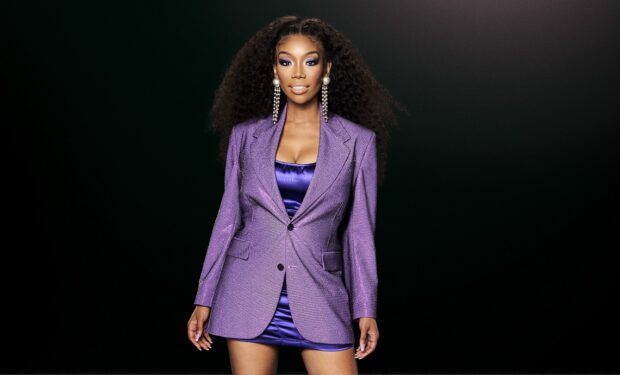 When not in the studio or on stage or on a reality TV series with her brother Ray J (Love & Hip Hop), the gorgeous and talented singer/actress Brandy is often in front of a camera. In the photos below, from the set of the Somebody’s Son music video (Brandy is featured in the new Tiwa Savage song), the 42-year-old star is rocking a black bikini under a sheer unbuttoned shirt and a pair of blue stilettos.

Her fans and famous friends are going wild for the look. As one replied: “Come on legs!“

Get ready to see more of Brandy: her new ABC TV series Queens premieres Tuesday, October 19 at 10 pm ET. It’s about four women in their 40s (Eve, Naturi Naughton, Nadine Velazquez co-star) who were members of the ’90s singing group Nasty Bitches, and now get a second chance at fame in the hip-hop world. Watch trailer below.