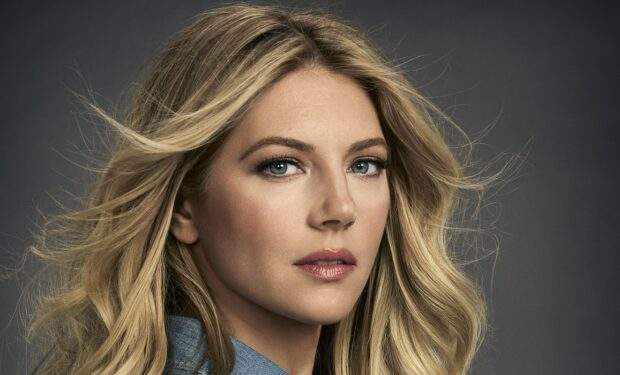 When not playing Jenny Hoyt on the popular ABC crime drama Big Sky, the gorgeous and talented actress Katheryn Winnick is often modeling. Check out the super glamorous photos below — of Katheryn in a sheer corset dress with a thigh-high slit — they’re for the cover of EMMY Magazine. Katheryn captioned the photo below: “Ready to hike this mountain in my pumps!”

Here’s a stunning behind-the-scenes video taken from the sexy cover photo shoot! Celebrity hairstylist Rod Ortega described the final hair look as a “highpony with that extra lift.” He says he uses Frenchies Hair Pins for “that extra vavoom!!!”

Below are photos of Katheryn with her Big Sky co-star Kylie Bunbury.

The Season 2 premiere of Big Sky airs Thursday, September 30 at 10 pm on ABC, right after Grey’s Anatomy at 9 pm. Watch the trailer below!