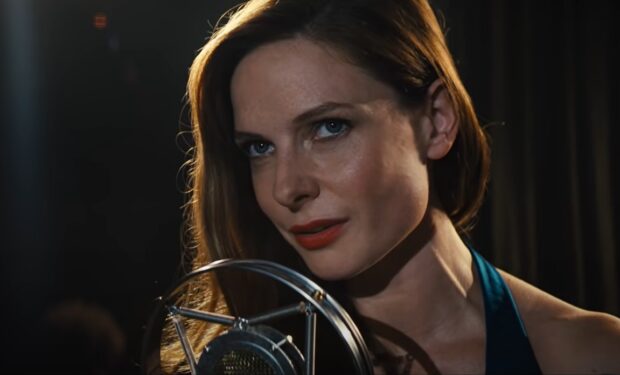 Actress Rebecca Ferguson might be best known for her role as Isla in the Mission Impossible movies with Tom Cruise but she’s currently reunited with her Greatest Showman co-star Hugh Jackman for the sci-fi thriller Reminiscence. Hugh plays a private investigator hired by a sexy woman (Rebecca) who goes missing. Hugh’s character becomes obsessed with the case. Watch trailer below.

For the premiere of Reminiscence, Rebecca turned heads with a short blond bob and a stunning Louis Vuitton animal-print dress with a layered black corset.

Rebecca’s fans and famous friends are loving the look. One wrote: “Loving the blond” and her Reminiscence co-star Thandiwe Newton replied: “Hottest mama.”

Get ready to see more of Rebecca: she stars in DUNE with Timothee Chalamet, Jason Momoa and Zendaya, out in theaters in October 2021. Mission Impossible 7 is scheduled for a 2022 release.