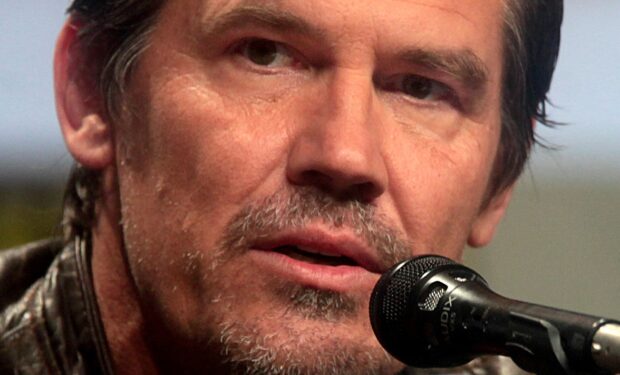 When not on a Hollywood movie set, Josh Brolin (No Country For Old Men, True Grit, Milk, The Goonies) can sometimes be found at a tattoo shop. When he visited the famous LA artist Dr. Woo recently, he received a tattoo on his upper right arm. It appears to be a masked rabbit wearing a jacket with the number 46 on it.

Many of Josh’s fans replied with questions including “What the hell is that?” and speculate that his son (Trevor Brolin) is the artist behind the drawing.

Get ready to see more of Josh: he stars in the upcoming DUNE movie with Zendaya. See trailer above.