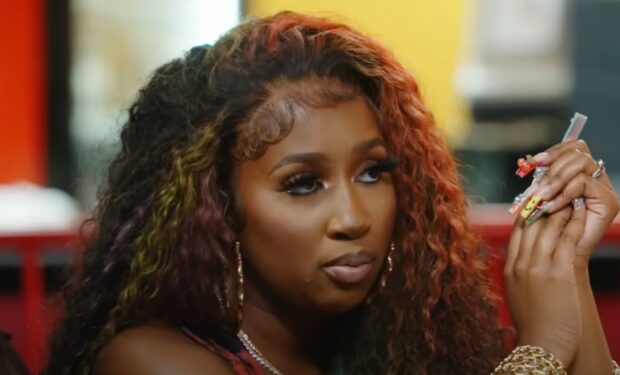 On the Season 10 premiere episode of Love & Hip Hop: Atlanta, “The New Normal,” while fans will recognize familiar faces and marital drama with Rasheeda and Kirk Frost and Yandy and Mendeecees, they will also be introduced to a new face: rapper Yung Baby Tate. She describes herself as a singer, songwriter, rapper, producer, actress, and entertainer. In 2020, she signed with Issa Rae’s record label Raedio in 2020.

In the Season 10 trailer, Yung Baby Tate mentions that her mom “got a Grammy so I need at least two.” The 25-year-old singer was born Tate Sequoya Farris: she is the daughter of soul singer Dionne Farris and former Follow for Now member David Ryan Harris.

Dionne is known for being featured on Arrested Development’s 1992 hit single “Tennessee” — see video above.

Dionne didn’t win a Grammy but she was nominated for one in 1996 for Best Female Pop Vocal Performance for her single “I Know.” See video below.

Farris went on to co-write songs with Jermaine Dupri for Atlanta-based acts including TLC and singing backgrounds for Xscape and El Debarge, among others.