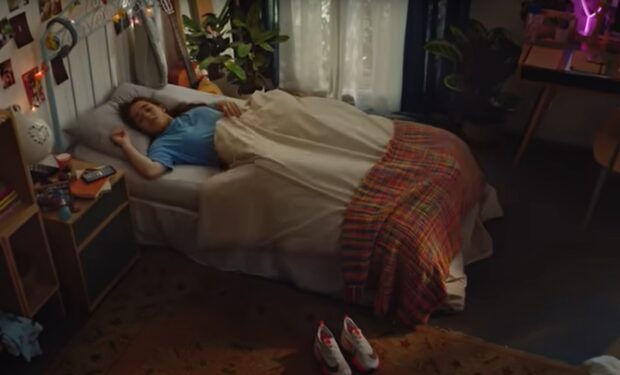 The iconic sports brand Nike has released “Tomorrow,” a new TV commercial in its “Play New” campaign. The spot opens with an everyday woman taking her first-ever run with a female voice declaring, “This is tomorrow.”

The futuristic plot thickens quickly as the camera turns to a greenhouse where shoes grow from a seed, the WNBA will surpass the NBA in popularity, a woman will run a marathon on Mars, and LeBron James will score 120, among other feats.

The TV commercial was created by Nike’s advertising agency Wieden + Kennedy and directed by Rick Famuyiwa of Superprime Films.

The voiceover is provided by Oscar Award-winning actress Lupita Nyong’o (12 Years a Slave), who has been busy in the studio doing voiceover work!

Get ready to see more of Lupita: she is reprising her role as Nakia for the 2022 film Black Panther: Wakanda Forever.