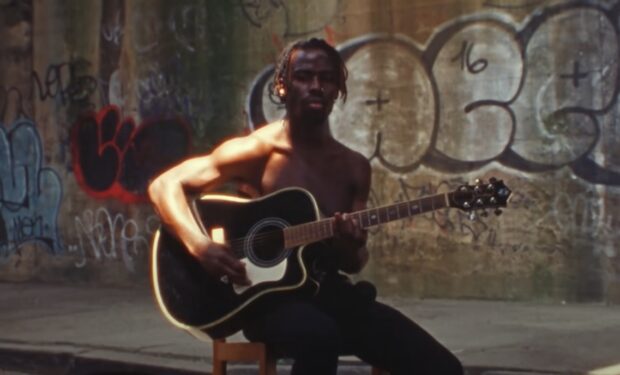 During the live broadcast of the 45th annual Macy’s 4th of July Fireworks Spectacular on NBC, a stellar lineup of musical acts will perform including Coldplay and the psychedelic soul band Black Pumas. The lead singer of Black Pumas is Eric Burton.

Eric is from the San Fernando Valley in California — he used to busk on the Santa Monica pier (video below) before moving to Austin, Texas, where he met his Black Puma collaborator, Grammy Award-winning guitarist and producer Adrian Quesada (former member of the Latin funk band Grupo Fantasma).

Eric and Adrian formed Black Pumas in 2018 and released their eponymous debut album in 2019, months before being nominated for a Grammy Award for Best New Artist.

Eric captioned the photo series above: “I don’t know how you aren’t famous yet” – That one comment on every YouTube music video non mainstream.”