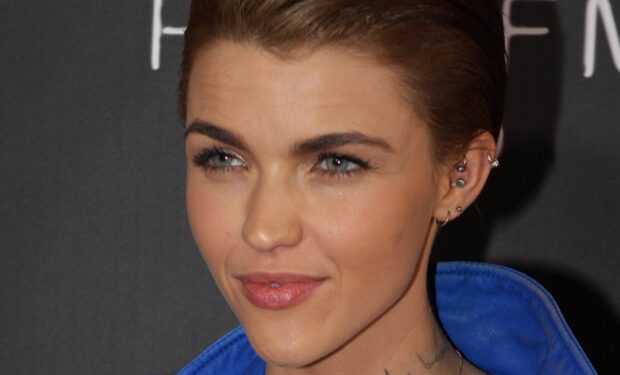 Actress Ruby Rose (Batwoman, Orange Is the New Black) announced that she’s taking a social media break but before signing off, she shared the fun photos and video below taken while partying on a yacht with friends. In the slo-mo video, you’ll see Ruby and her friend Mikey struggle to throw each other off the boat. Mike “wins” by pulling her off the boat: Ruby (in the white bra and purple shorts) responds by doing a backflip into the water.

Get ready to see more of Ruby: she stars in the upcoming thriller, The Yacht with Patrick Schwarzenegger and Frank Grillo. According to imdb, she plays “a tenacious party girl” who “fights to survive after three thieves commandeer her luxury yacht (PANIC ROOM on a yacht).”

In the photo below, in which Ruby announced that she’s taking a social media break, she wears an oversized sweatshirt by Italian label GCDS, and those black combat boots are Prada.