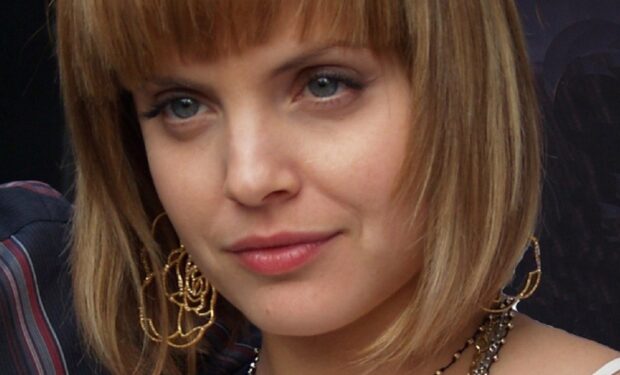 Now the 42-year-old actress is promoting her memoir, The Great Peace, in which she details years of drug addiction and sexual abuse. For her Good Morning America appearance, Mena stunned in a white trench coat dress, as seen above. P.S. Those 4-inch strappy sandal stilettos are by VEERAH.

Mena looks amazing in the gorgeous ensemble… especially after having a baby in April! It’s a boy!

Get ready to see more of Mena: she stars in three movies this summer, the drama/romance Grace and Grit, and two thrillers – Locked In (she plays a protective single mom locked in a storage facility) and Paradise Cove (she plays a Malibu homeowner terrorized by the deranged homeless lady living under their new house).