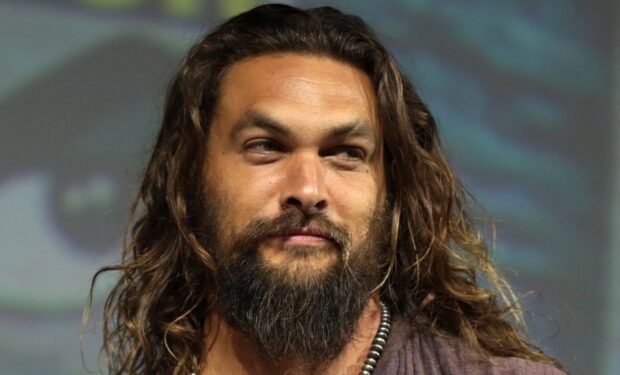 When not filming Aquaman and the Lost Kingdom with Amber Heard or riding his Harley-Davidson, Hollywood movie star Jason Momoa is promoting his new clothing collection with the iconic motorcycle brand. In the photo and video below, he’s wearing the H-D x Jason Momoa Men’s Cheeehuuu Biker Pant. That rich color is called “Fudge” and according to the H-D website, it’s Jason’s favorite color.

Jason’s fans are going wild over his new fudge-colored ensemble and that pink silk scrunchie he’s wearing on his wrist is the icing on the cake. One fan replied: “Omg Jason is that a Silk scrunchie on your wrist? I cannot live without them!!” Another wrote: “Your scrunchies, man! You’re killing us.”

Another fan replied: “You could wear anything, ANYTHING and you look 👀 good. 🔥 Your beautiful wife is a lucky lady!” Jason is married to actress Lisa Bonet.

Aquaman and the Lost Kingdom is scheduled for a December 16, 2022 release. Jason will appear next on the big screen in the film Dune with Zendaya — out in theaters in October 2021.