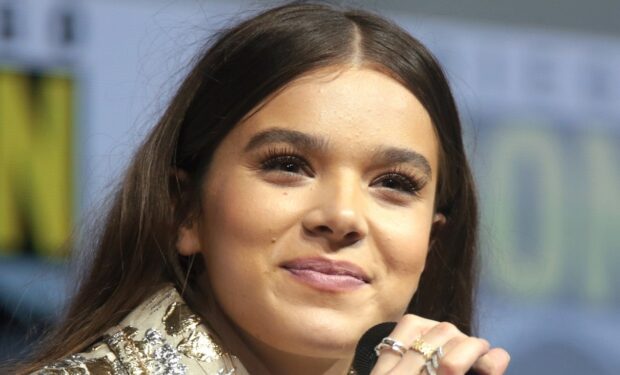 Hailee Steinfeld is the 24-year-old triple threat (actress, singer, dancer) known for her roles in Hollywood movies including True Grit and Pitch Perfect, and more recently in the Apple+ series Dickinson, in which she plays the rebellious poet, Emily Dickinson.

When not on a TV or movie set, Hailee is often modeling as seen in the stunning red hot hook-and-eye bodycon dress above. That’s vintage Gucci, btw. The look has her fans and famous friends including her Dickinson co-star Ella Hunt “screaming!”

Hailee also received a lot of praise after posting the black leather corset dress pic above. Get ready to see more of Hailee: she’s reprising her role as Kate Bishop in the Marvel Studios series Hawkeye with Florence Pugh.