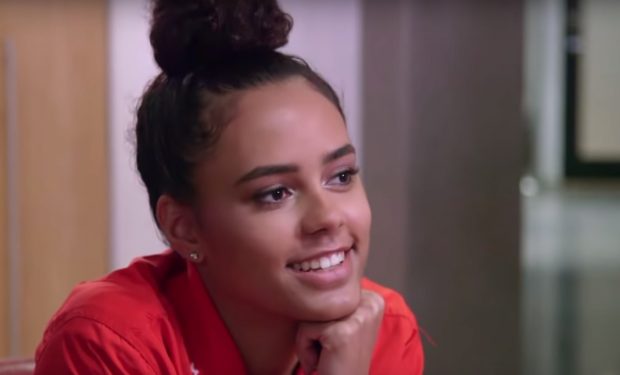 Professional model Ava Dash is the 21-year-old daughter of hip hop legend Damon Dash, co-founder of Roc-A-Fella with Jay-Z and Kareem Burke. Ava has appeared on the reality TV show Growing Up Hip Hop with her father and her half-brother Damon Dash II aka Boogie Dash.

When Ava shared the stunning sailing string bikini pics above with Conor Kennedy, 26-year-old son of Robert F. Kennedy, Jr. — taken on Hyannis Port, Massachusetts where the Kennedy Compound is located — her fans showered her with compliments. Be sure to swipe!

Ava also looks pretty when all dressed up as seen in the stunning tie-back ruffle dress above.

Above is a series of photos and video featuring Conor in Hyannis in the Summer of 2019.