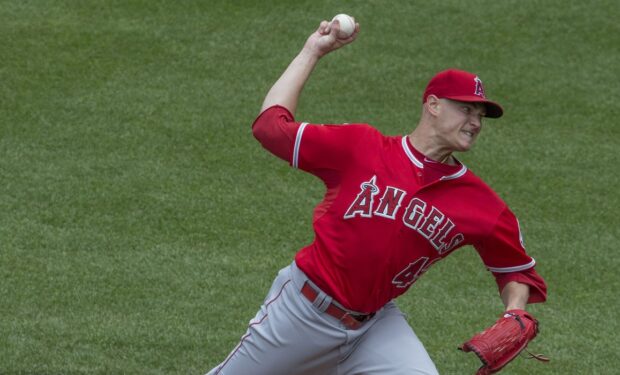 Garrett Richards is the 33-year-old pitcher on the MLB’s Boston Red Sox. He played college baseball at Oklahoma before being selected by the LA Angels of Anaheim in the 2009 MLB Draft. In February 2021, Richards signed a one-year, $10 million contract with the Red Sox.

When not on the mound, Garrett spends time with his gorgeous wife Alexis Richards, mother of his two young children who looks amazing in a bikini! After posting these two bikini pics, Alexis’ comment section was flooded with compliments including “Hot mama alert!” and with swimsuit collaboration pitches.

Get ready to see more of Garrett: The Boston Red Sox head to Yankee Stadium on Thursday, July 15 (7 pm on ESPN).