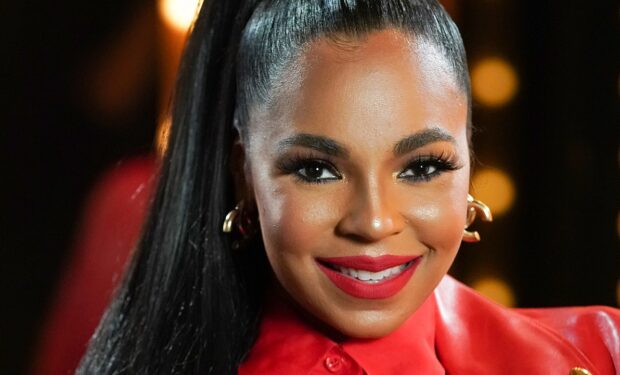 Ashanti on To Tell the Truth (ABC/Eric McCandless)

When not on stage or in the studio, R&B singer Ashanti is often living her best life which usually means outdoors and in a tiny string bikini. When she shared the video below, of her sashaying in an iridescent purple string bikini and a straight blonde bob — and in front of the bones of a dinosaur! — she added a hint of music titled “Energy.”

The 40 year old native New Yorker captioned it: “When u been in the gym 33days and you’re eating fries tonight!!!” Fans love the look and attitude but they’re also eager for another album. One fan replied: “am i tripping or is this your voice?? are we getting new music?!”