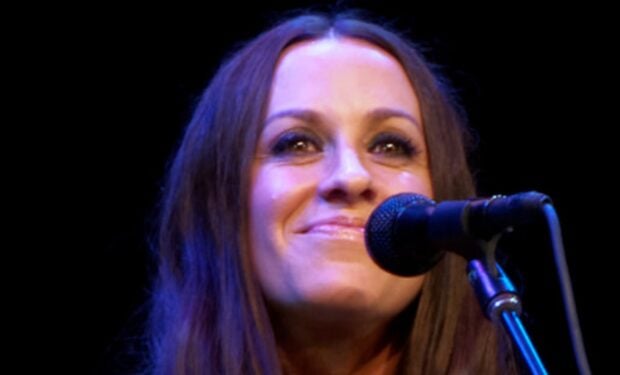 Canadian-born powerhouse singer/songwriter Alanis Morissette is best known for her 1995 album Jagged Little Pill and her super long brunette hair. A lot has happened over the past 25 years: she’s released six more studio albums, got married (to rapper Mario “Souleye” Treadway), and had three children.

Now, the 47-year-old musician has added “judge” to her resume: she is joining Nick Lachey, will.i.am, and Grimes, on the new FOX avatar singing competition series, Alter Ego. In the promo above, Alanis flaunts her new blonde hair, but it’s still long. In the selfie below, she reveals that she cut off several inches and is rocking a stunning shoulder-length bob.

When Alanis posted the photo above, she announced that she’s missed her fans and is hitting the road again this summer (Jagged Little Pill‘s 25th anniversary tour, August to October). Her fans are going wild for her new hair. As one wrote: “Looking young and hip as ever mama.”

Her husband has gone blonde, too. See cute family photo above.