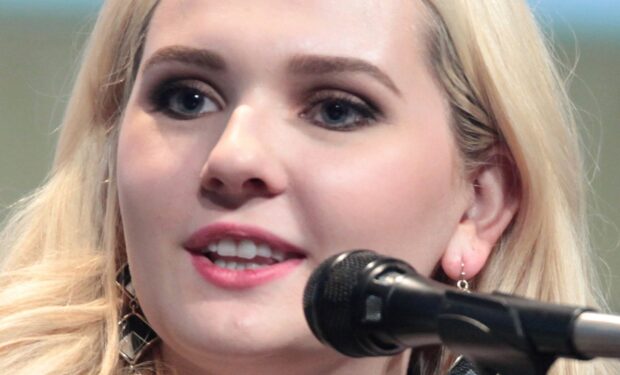 Hollywood movie star Abigail Breslin is best known for her roles in Little Miss Sunshine, Signs, and August: Osage County, among others. The 25 year old actress is now promoting her latest project, Stillwater. She plays an American college student in France who’s in prison for a murder she says she didn’t commit. Her father (Matt Damon) leaves their home in Stillwater, Oklahoma and flies to France to get her out. Trailer below.

During a press junket for Stillwater (which will be released on Friday, July 30), Abigail wore a stunning ruffled yellow mini dress by LoveShackFancy with a pair of purple stilettos by Aldo. Check out what she wore to Cannes, below!

Abigail’s fans are going wild for the look. More than one fan replied: “Gorgeous” and “love that outfit” and another wrote: “That Lewk!”