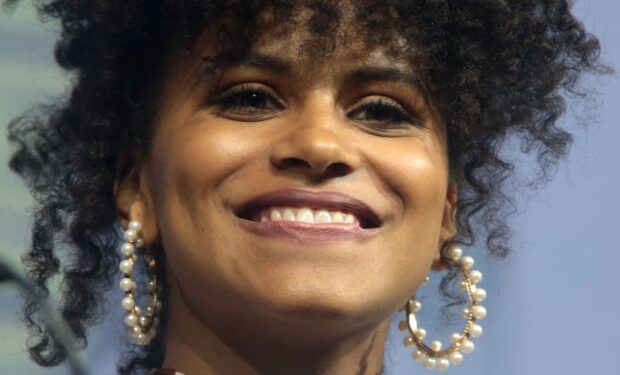 Zazie Beets (pronounced Zah-SEE Bates) is the German-born actress known for her roles on Atlanta (Vanessa), and in films including Joker (Sophie Dumond), and Deadpool 2 (Domino), among others. Get ready to see more of Zazie: she will appear next on the big screen with Idris Elba and Regina King in the Western movie The Harder They Fall. Zazie plays Stagecoach Mary, who was known as the first African-American female star-route mail carrier in the United States.

Zazie landed her first US print magazine cover, thanks to editor-in-chief Nina Garcia at Elle. When Zazie shared the stunning photos above, she explained: “The mood board was old Hollywood glam, and then we veered toward full witch because that is the natural order of things.”