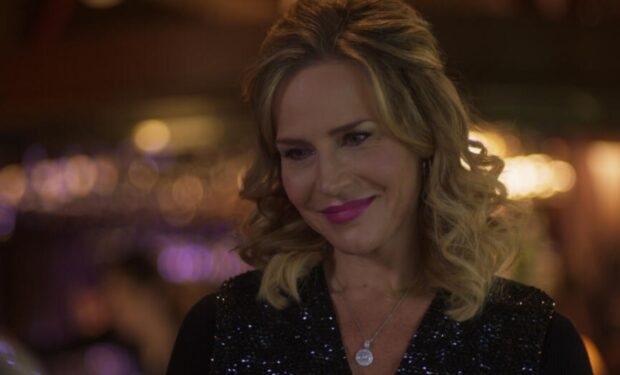 Julie Benz in Secrets of a Gold Digger Killer (Lifetime)

In the Lifetime movie Secrets of a Gold Digger Killer (which is based on a true story!), single mom waitress Celeste Martinez sets her eyes on one of her regular customers at the local country club in Texas, millionaire Steven Beard (Eli Gabay). After they get married, and Steven gives Celeste and her two teenage daughters everything they could ask for, still Celeste isn’t satisfied.

While claiming to battle depression in a mental health facility, Celeste seduces fellow patient Tracey (Justine Warrington), and convinces her to murder her husband.

Secrets of a Gold Digger Killer premieres on Lifetime on Sunday, June 13 at 8 pm.