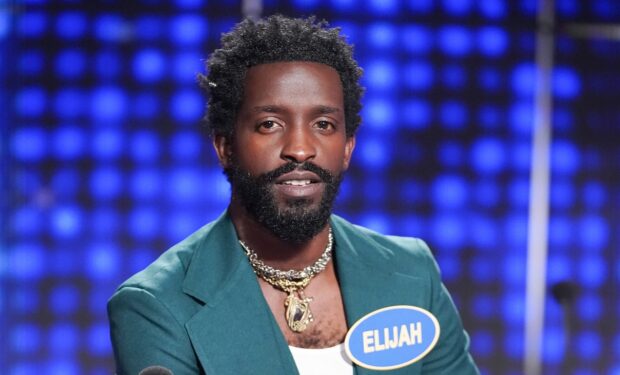 On this season of Celebrity Family Feud, Hollywood actors Rob Lowe (9-1-1: Lone Star) and his family play against Terrence Howard (Empire) and his wife and friends. One of Terrence’s friends, actor, singer and dancer Elijah Kelley rocks a three-piece green suit for the televised event.

Elijah is best known for his roles on TV musical The Wiz Live! (The Scarecrow), the TV movies The New Edition Story and The Bobby Brown Story (Ricky Bell) TV movie, the Lee Daniels TV series Star (Andy), and in films including Lee Daniels’ The Butler, and Hairspray!, among others.

When not on a TV or movie set, Elijah chills with music legends DJ Khaled and Jay-Z, see photos above and below.