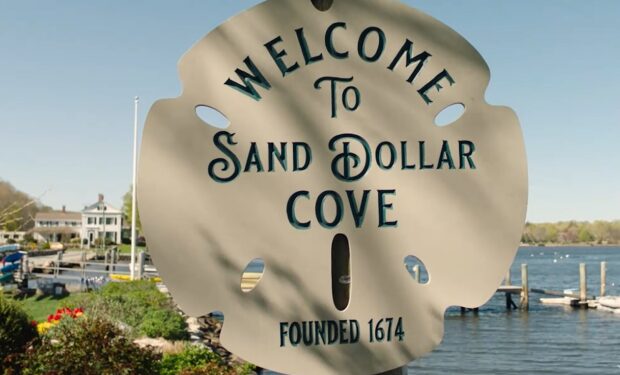 The protagonist of the Hallmark Channel movie Sand Dollar Cove is real estate developer Elli (Aly Michalka). She leaves her office in the city of Stamford, Connecticut and heads to the quaint town of Sand Dollar Cove to acquire prime beachfront property for a new hotel. In order to seal the deal, she must negotiate with the charming property owner Brody (Chad Michael Murray). And, yes, sparks fly.

The Hallmark movie is based on the Nancy Naigle novel of the same title but the book is set in the fictional town of Sand Dollar Cove in North Carolina.

Alas, there is no Sand Dollar Cove in Connecticut — the movie was filmed in the village of Noank in Groton, Connecticut (population 1,796). Those scenes at the fair were created on the Noank Town Dock; and the Sand Dollar Café is really Carson’s Store.