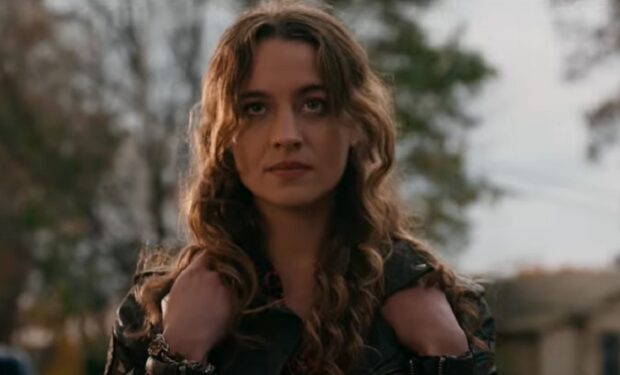 Stella Baker in The Republic of Sarah (CW screengrab)

Actress Stella Baker (daughter of The Mentalist actor Simon Baker) stars in the new uplifting CW series The Republic of Sarah. She plays young high school teacher Sarah Cooper, a woman who fights for the independence of her quaint little town Greylock, which is threatened by a greedy mining company.

Alas, the American town of Greylock is fictional. The Republic of Sarah was filmed in several locations across Quebec, Canada, including the towns of Knowlton and Lachine, Otterburn Park, and at the hotel Manoir D’Youville, which is situated on L’île St-Bernard in Châteauguay, along the Châteauguay river and Saint-Louis lake. See photos below.

The Republic of Sarah premieres on CW on Monday, June 14 at 9 pm, right after All American at 8 pm.