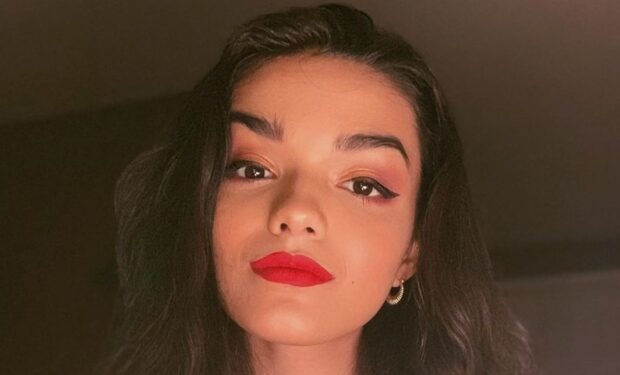 When three-time Oscar Award-winning director Steven Spielberg makes a movie, you know the cast will be perfect. For his remake of the Jerome Robbins 1961 movie West Side Story (which was based on the 1957 Broadway musical), young actress Rachel Zegler was cast to play the leading lady, Maria. (The late Natalie Wood played Maria in the movie.) West Side Story is the 20-year-old’s big screen debut. See trailer below.

When not filming or promoting the 21st Century version of West Side Story, Rachel enjoys her time off often at the beach (or in the backyard) and in a bikini as seen in the stunning photos above and below. She cleverly captioned the green bikini series below: “I feel pretty.”

When she posted the photo below with Spielberg, Rachel wrote: “i do believe i have been changed for the better.”

Check out Rachel and Ansel Elgort as Tony in the West Side Story trailer, above. The film will be released in theaters on December 10, 2021.