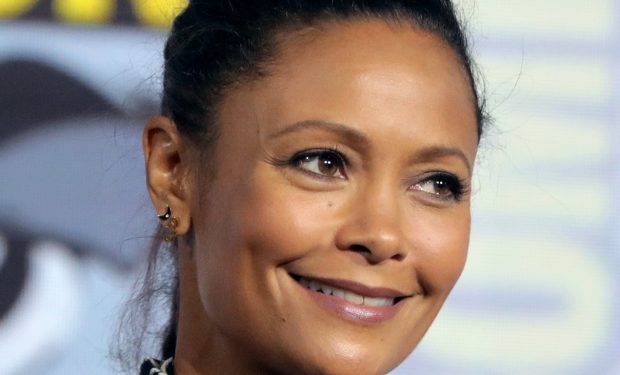 Hollywood actress Thandiwe Newton is known for her TV roles on Westworld (Maeve Millay), Rogue (Grace Travis), ER (Kem), and in films including Solo: A Star Wars Story (Val), The Pursuit of Happyness (Linda), Crash (Christine), Mission: Impossible II, and Beloved, among many others.

When not on a TV or movie set, Thandiwe likes to go vintage shopping. As seen in the video above, she found a sheer pale yellow dress to wear over her gold lame bikini.

Get ready to see more of Thandiwe: she will appear next on the big screen in the sci-fi movie Reminiscence with Hugh Jackman (in theaters in August 2021).